Changing attitudes ‘back home’ towards a mixed Japanese identity 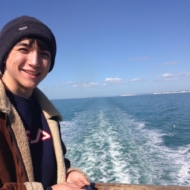 When you think of the Japanese, what do you imagine? For many, a homogenous population comes to mind. Frequently repeated, it’s a supposed quality that’s time and again pointed to as one base of Japanese culture and a reason behind its strong family ties and low crime rate.

Being Japanese and mixed ethnicity Both within and without Japan, this is a belief held by many that can have a lasting and often difficult effect on the self-identity of mixed ethnicity Japanese individuals. This includes feelings of incompatibility with the general population at large, with even the word for those of mixed descent – ‘hāfu (lit. half)’ – sometimes being criticised for possessing connotations of incompleteness. However, there has been an identifiable trend in the attitude and public discourse that hints at shifting attitudes, spurred on by a new generation of prominent and outspoken mixed ethnicity individuals.

The increased importance attributed to Japanese homogeneity has recent historical roots, becoming a substitution for a post-war national identity, as well as a convenient explanation for commentators wishing to explain Japan’s economic miracle. But, by being relatively unchallenged, it has been embedded in much of the conversation, resulting in a heavy emphasis on ethnicity for what it means for someone to be seen as ‘Japanese’.

While the number of children born to mixed parents is on the rise – one out of every 30 Japanese babies are now born to mixed parents – approval for international marriages still remains relatively low at 56% in 2013. This topic remains for discussion in Japan, and from my own recent experience I distinctly remember a class at a Japanese university during which students were asked to discuss whether they ‘agreed with the fact of mixed children’.

As one professor of Asian studies at Temple University, Tokyo puts it: ‘There are many Japanese who believe in the purity of Japanese culture and traditions, and they have this imagined Yamato race … Everybody in the archipelago comes from this same blood pool, this same DNA. Now, anybody who seriously researches Japanese history knows that this is a myth.’

While it’s important not to overstate the explicit prevalence of such beliefs, it’s equally important to listen to the experiences of mixed ethnicity Japanese themselves. One such is Ariana Miyamoto, the first multi-ethnic Miss Japan titleholder, who voiced her own mixed Japanese identity struggles of ‘being Japanese.’ Evidence of similar sentiments can also be found in the 2013 award-winning ‘Hāfu’, a documentary exploring the intricate experiences of everyday mixed individuals, with many interviewees expressing varying degrees of alienation within a society in which they are often perceived as anomalies.

Hearing the above can serve as a reminder to the remaining barriers faced by mixed-Japanese. But, it’s appropriate to point out that the wide publicity of their stories in themselves is an indication of a shift in attitudes within Japan. Furthermore, the twofold challenges of a rapidly ageing population and a shrinking workforce may mean a wider rethinking of what it means more broadly to be Japanese, as immigration rules are relaxed to ease workforce pressures.

Visibility of prominent mixed ethnicity Japanese has occurred in the past. However, this has on many occasions been in their positioning as an exoticised ‘other’, such as in advertising and popular culture. In the present, we see ever more space and time afforded to the voices of these individuals within Japanese mainstream media.

As well as Miyamoto, others, including Rui Hachimura (Beninese-Japanese NBA Athlete) and Naomi Osaka (Haitian-Japanese Tennis Player), have increasingly been free to express their own mixed Japanese identity stories through traditional and new media.

Osaka herself has been especially outspoken about her experiences of racism, and has consequently been celebrated as having ‘helped to change attitudes around multiculturalism in Japan.’ Whilst she doesn’t deny these same barriers remain, she has shown optimism regarding the attitudes of the majority, writing: ‘We can’t let the ignorance of a few hold back the progressiveness of the masses. The love I feel from Japanese fans of all ages, especially the younger ones, has always been heart-warming.’

It’s also important to note that Hachimura and Osaka’s selection to be the flag and torch-bearing representative for Japan during the Tokyo 2020 Opening ceremony is, at least on the surface, a signal of a more comfortable Japan concerning its own diversity. And, whilst an inevitable backlash questioning the decision of their selection occurred, these were largely overshadowed by an outpour of online support.

The words of Japan-schooled national rugby captain Michael Leitch captures the sense of Japan’s slow shift to an increasingly open society. To one question on why the Japanese rugby squad was so diverse, he responded: ‘because that is what Japan is today. The team embodies the reality of, and anticipates the future of Japan…as a team, we can raise attention to the importance of diversity in society.’

The outspoken nature of the current generation of multi-ethnic individuals, helped along by the success of Japanese sporting events and athletes, are helping spur on a gradual cultural change in what it means to be Japanese. The younger population, having been exposed early to these vocal figures, also play a large role in how much emphasis Japan will place on the strengths of homogeneity moving into the future. Given the continuing trend of demographic diversification within Japan, the current change appears to have come at the right time.