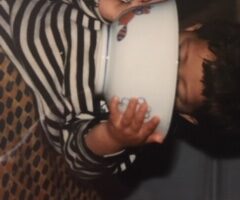 What about East Asian hair?

Hair is a weird one. It grows from our heads (or not, depending on who you’re talking to), and can appear in tufts like a woodland fungus, or spread out like the African Savannah. It’s something that is sought after in desperation and plucked and pruned in shame. It also comes in wildly different shapes, sizes and strengths depending on your ethnic background.

How we shape and nurture our hair can be a mark of status, of fashion, of vanity, and of culture. In recent years I have heard many conversations around black hair, from a steadily mounting cultural recognition that white women touching black women’s hair is a racist microaggression; the need for cosmetic companies to properly cater towards black hair patterns and textures; black students being told that their natural hair doesn’t fit with school policy. But what about East Asian hair?

Compared to Caucasian hair, East Asian hair has twice the diameter, double the cuticles, and grows faster. The round shape of the follicles typically leads to straight hair, compared to the oval follicles of Afro-Caribbean hair that grow curls. It stubbornly grows outwards before it can be brought down by its weight; those of us who have gone for buzzcuts know the struggles of the spiky, tennis ball middle stage.

There is a growing market for Korean and Japanese hair treatments in the UK, although this is disproportionately aimed at middle-class women. Information on East Asian hair, its natural properties, and how to maintain it, is even less common. For someone like me, a British man of mixed Japanese, English and Eastern European Jewish heritage, what do I do?

Hair had long been a source of contention for me since I was small. When I was younger, I hated getting my hair cut, partly because I couldn’t stand the sensation of the cold beads of sprayed water creeping down my neck; partly because being sat in the barber shop window felt like I was a prize pig being displayed at market for all to come and gawp at.

After many tantrums and refusals (my go-to phrase around haircut time being ‘iyadayo’ – “I don’t want to!”), my parents resigned to letting me grow my hair for as long as possible between cuts, into the distinctive donburi (rice bowl) shape that many Asian kids rock. And rock it I did, culminating in slicked-back Football Tony calling me “one-pound haircut” in year seven. Mean, but not that far off the truth, and I have to admit, still quite funny.

For the first few years of secondary school I lived under the assumption that I just had ‘bad hair’, whatever that meant. I often got comments on how Japanese my hair was, and so ‘bad’ and ‘Japanese’ hair became synonymous to me.

When I would get it cut here in the UK, I was aware that my hair was different in thickness and growth to ‘normal’,

but in Japan I would be told that I had “white people hair”, leaving me feeling that I was neither here nor there.

At that time, I was utterly self-conscious and hyper-aware of the social coliseum that was big school and the fashion rules that surrounded it, and so promptly ditched the merry bowl-cut for a series of uninspired short-back-and-side trims.

There was even a ‘Tintin’ phase where every morning I would curl back my fringe with my hands and hold them in place for about twenty minutes, imitating rollers, and let my Asian thickness keep it buoyant and curled for the rest of the day, but we don’t need to go into that.

My hair, or rather my lack of understanding and control over it, often brought down my mood; in a fit of frustration I once cut off an untameable stray patch, only to be left with a mini fringe that stayed for a good few years as an aggravating reminder of why I should never take it out on my ‘do. As my hairstyles changed, my attitude towards them didn’t: a haircut was something to dread and my Asian genes were holding me back from having nice, ‘normal’ hair.

A turning point was when a family friend who cut hair offered to cut mine at home, and I was suddenly exposed to the alien idea that I could have nice hair. She was a vibrant and chatty Moroccan woman with big auburn curls and understood instinctively how to deal not just with my Asian follicles, but my haircut-related nerves too.

I would chat to her about my life at school and my hopes for the future but also about growth patterns, and how my hair grew in a way that was different to white people, and how so many barbers I had been to in the past had completely ignored the direction my hair wanted to naturally grow with the merciless flick of the clipper. This started in me a genuine desire to maintain and nourish my hair, and to learn to understand it within the context of my ethnic heritage.

But there were still many difficult chops to come. I have always found it strange and unnerving talking to someone through a mirror while they hover around that leather throne with piles of dead hair collecting on a sweaty bib. This, combined with my uncertainty, made going to new hairdressers difficult.

One hairdresser, when I was still testing out where to go in my then-new university town of Leeds, told me that I was the most indecisive customer she’d ever had, which of course made me feel right at home.

Another, a kindly old man who told me about coming over from Iraqi Kurdistan to give his children opportunities that he never had, was lovely to talk with. But he ignored my requests and gave me a straight-line fringe with a spiky top, leading my Japanese friend to helpfully point out that I looked like Tsuneo from Doraemon. I tipped and thanked that barber profusely but never went back.

It’s all about experimentation

So far, I have not become a haircare guru resplendent with all the knowledge and science of the L’oreal lab. But with an increasing confidence in myself came a confidence in my hair, and vice versa.

While on a year abroad in Japan I experimented with Gatsby wax, which could secure the airlock of the Space Shuttle, and I finally broke the long line of trims by growing out my hair for the first time since childhood. I was so pleased with my natural follicular abilities that I grew and drew a pair of curtains across my happy little face, occasionally swept out of the way with the odd pink hair clip.

Eventually, I did find a fantastic barber in Leeds. He was a lanky local lad who was white but clearly understood different hair textures and how to cut them, as well as how to make me feel comfortable.

I also started going to Korean barbers when I came back to London, and greatly appreciated their expertise. In the last few years I have had buzzcuts, mullets, and shoulder-length mops which have been bleached and toned, moussed and gelled, oiled with coconut and argan, all with a fast rate of succession. The urge to change and cut is constant.

Now, I cannot wait for my next haircut and need to stop myself from being too hasty, since my Asian genes demand patience. For someone who is not white but who maybe sometimes passes as ‘white enough’, coming to understand, and subsequently love, my hair has been an important part of accepting my cultural and ethnic identity as a mixed race Asian person.

I still hate watching myself in the barber’s mirror, desperately trying to fill the air with chit-chat (one positive of mask-wearing is that this is less of an issue now), and the droplets of spray dripping down my neck, but I’m an adult now, so I’ve just got to grin and bear it.

But no one should sacrifice the chance for a positive self-image because their natural attributes make them stand out or feel wrong. And who knows, maybe the big Toad-from-Mario bowlcut will come into fashion and my year seven self, armed with that solitary pound, will be vindicated.

Just as there has been recognition of both the trials faced by black hair and the importance of knowing how to deal with it, I hope that there too will be more information for and accommodation of Asians and mixed Asians such as myself, who shouldn’t settle for having ‘bad hair’ just because it isn’t Caucasian. In the meantime, I’m anticipating what to go for in my next cut, but there’s no rush – just letting my easy peasy Japanesey hair do its thing.