Code-switching: the versatility of half Asian bilingualism 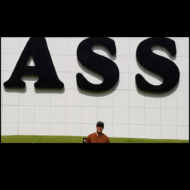 Martin Zucker
He really do the do!

Growing up half Asian in a household of two languages, it was normal to switch speaking Japanese with my mum and English to my dad. The synthesis of this mixed environment has made me acutely aware of how the way I speak around certain people can change, both explicitly and implicitly.

In this article, I would like to explore this concept of “code-switching”, why it is used and my perspective of how it is used in a multilingual environment

It is infallible that one changes their method of elocution around different groups, and trying to deny that makes you a pretentious twat. Within that sentence, in the first half I try to write in a style that is academic, sophisticated and eloquent in the hopes that you think I possess these features, and in the second half I switch to slang.

Firstly to illustrate people use different styles of writing/speaking for different effects and hopefully to have some comedic effect. I want you to think I am funny. I want you to continue reading this.

The underlying motivation behind changing the way we speak comes from a subconscious or conscious desire, a desire for you to think of me in a certain way.

The way I  communicate with my mother, my boss, a stranger all change firstly because of a “common ground” we share (a set of propositions myself and the listener share to be true) and secondly because I want them to perceive me in a certain way.

For example, I would happily greet my friend with a “bro-shake” and a “what you saying” but I would never do that to my boss. There is a shared history my friend and I can simultaneously look back on where this is normal behaviour but no such history exists with my boss. I want my friend to think I am happy to see him and I use colloquial slang to show that I’m harder than Ross Kemp.

However, I shake my boss’ hand with a reserved smile so she thinks I am professional and capable, aware of the mutual understanding that how I behave affects how much money I will be paid, whereas no such relationship exists with my friend. Therefore, we adjust the way we speak based on the assumptions of “common ground” with the aim of portraying ourselves in a certain light.

This code-switching becomes a lot more explicit when it is not just between dialects but when it crosses languages. This is because in the example above, my boss would find my behaviour strange but would understand what I am saying.

However, in this article if I start typing in Japanese, and you can’t understand Japanese, you do not understand what I am saying at all. When code-switching results in alternating between languages, we do not just adjust the manner in which we talk but there is a level of encryption.

If you don’t understand the language, I exclude you from the conversation, if you do understand you are included into a conversation with added exclusivity. So why do we do this?

Coming back to this concept of “common ground” we can largely split this in two situations:

1. You do not know the language and do not understand what I am saying

In the first situation, encrypting the language is done under the assumption that a hearer does not understand it, thereby excluding them from this common ground.

For example, I could be on the tube with my brother and use Japanese to communicate something we don’t want someone else to understand.

Encryption does not necessarily have to be between languages but can be seen in dialects. For example, a doctor who comes from the same geographical and social background as a patient may accentuate the technical language not only to accurately explain the issue but also to differentiate themselves from the payment. This way, the doctor can instil trust by showing their credibility and create an air of professionalism.

A more malicious example could be if someone is trying to “edge someone out” of a social situation. Members of the group can use inside jokes or colloquialisms which the person being edged out does not understand to implicitly show said person is not part of that group whereas the others are.

2. You know the language and can understand what I am saying

The second situation where both parties understand the encrypted language is more common and as all members are fully aware of the content, the exclusion element is not present. On a basic level, this can be something such as talking in Japanese when the whole group can speak Japanese or when talking about Japanese things.

At the end of the article I will included a collection of some of my favourite example of code-switching, and please write in the comments some of your own examples.

Coming back to the motivation behind code-switching, I believe it comes to two reasons: we are trying to express our identity and we are trying to communicate something which cannot be done in one language.

Growing up in a household where two languages were spoken, English to my father and Japanese to my mother, the duality of this relationship can be expressed when using this code-switching.

With my mum requiring me to speak Japanese to her (for my benefit) and my dad not understanding Japanese, it used to be a daily occurrence to talk Japanese to my mum and turn around and talk English to my dad.

For me, the nature of this dynamic and nuances in the languages meant I presented a different personality to either parent which still causes discomfort when I talk to them at the same time.

The people I code-switch with in this same way often have a similar background to me where they speak Japanese in certain environments and English in others. When we code-switch between Japanese and English, there is an implicit understanding that we have shared a similar and relatively unique upbringing. In that sense, it is like an inside joke as we can reference something which we only a select few of us understand.

If we take the first reason to be more of an implicit communication of shared social situation, the second reason is a more direct communication of propositional content. In other words, I am not trying to allude to a shared background, but due to a mutual understand that we share a second vocabulary, I can more directly communicate what I am trying to say to the speaker. Therefore, code-switching is used to convey a meaning which cannot be expressed solely in one language.

One language, and arguably all languages, cannot express the Mentalese (the thoughts expressed in our minds). Art is often given as one way to communicate this Mentalese to the person you are communicating to, but the second set of vocabulary which you share with the speaker is a more accessible way to express this. You can flesh out the meaning of words such as しょうがない (shouganai) “that couldn’t be helped/ not in our control”, in English by giving examples and explanations but there is an immediacy that the word can express.

The blessing of being brought up bilingual and having the privilege of being able to talk to other bilingual people comes from the fact that we have an additional tool to convert the Mentalese in our heads to a language that we share.

As you cannot directly see the contents of my mind, and I cannot see yours, the communication we use – whether it is through different languages, poetry, art is the only medium we have available to paint a picture for this mental content to be shared.

Therefore, using code-switching like this allows users to communicate their ideas more directly as well as get closer to the listener by implicitly referencing the shared linguistic upbringing they share.

Code-switching has been a part of life for as long as I can remember and has been a useful tool in communicating ideas, making jokes and compensates for my poor Japanese.

Knowing more than one language or being part of more than one culture can often make one feel alienated or can cause struggles with integration into one of these cultures. One benefit of having this dynamic, however, opens up doors to speak with a wider range of people however, and being able to code-switch with the intersect of the people who share this dynamic allows more direct communication, but above all can be comforting, わかる？(wakaru?)